In Part I of this two part mini-series on hockey sense, I explained what hockey sense was and put it into words as best I could. If you missed Part I, you can read it here. I also gave examples of players with varying levels of hockey sense to give you an idea of where you currently stand in terms of your Hockey IQ.

Hopefully now you have a better understanding of the term ‘hockey sense’. Maybe you knew what it was before or maybe you had no idea—regardless, I hope my last post opened your mind and got you thinking about how important hockey sense really is for a hockey player.

In this post, I look to answer the following questions:

Let’s start from the top.

Can hockey sense be taught?

Hockey sense (as mentioned in Part I) is best described as being aware of things happening around you during a hockey game with regards to the puck, your teammates, opponents, and yourself.

Players like Toews, Crosby, and Backstrom have far better Hockey IQs than many other players in the league.

Why is it that they’re able to see the game better than everyone else?

Why is it that they’re able to make decisions a split-second faster than everyone else?

The answer is of course because of their high hockey IQ.

But this heightened hockey IQ has to come from somewhere. Why aren’t all players equal?

The scientific concept behind varying levels of hockey sense 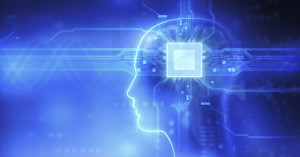 I recently came across an article written by Sean Gordon in my local newspaper titled “Mystery of Magic Hockey Hands Starts And Ends at The Head.” I suggest you read it if you have a few spare minutes.

To summarize, it explains the concept of perceptual-cognitive processing, and states that this is what is responsible for certain hockey players having such amazing skills—in the case of this article, their stick-handling.

This fancy scientific term (perceptual-cognitive processing) simply means that people with a high level of it are able to “gather and filter vastly greater quantities of visual information than regular people.” This is what allows the top players in the NHL to stick-handle in tight spaces, receive passes at top speed and get off quick shots in a fraction of a second.

If you remember my definition of hockey sense in part I, you’ll see that this scientific concept of perceptual-cognitive processing is very much in line with it.

That being said, now that we’re aware of the concept and how it affects our hockey sense, decision-making and awareness, is there any way it can be taught or improved so that we can become better players, or is it just something we’re born with?

According to Jocelyn Faubert, an optometry professor of visual psycho-physics and perception, it’s not a question of whether we’re born with it or if it can be taught.

He believes both nature and nurture go hand in hand for the development of perceptual-cognitive processing.

In other words, some players are born with it—greater brain plasticity for example, might allow for quicker or higher development of motor skills, which makes reaction time and decision-making much easier for certain players.

On the other hand, some players attribute their hockey sense & skills to their environment—their level of coaching, amount of practice time, special training methods, etc.

I tend to agree that both nature and nurture have an impact in the ‘can hockey sense be taught‘ dilemma.

Because I’ve witnessed it first hand.

I’ve seen my own hockey IQ and that of my close teammates make leaps and bounds over the years.

I’ve even seen some players come out of nowhere and start dominating the game with their improved hockey sense based on what they learned in a relatively short period of time.

When you take a step back and think about it, it just makes sense…

Being born with great potential doesn’t mean you can excel overnight. It takes an extensive amount of work and dedication towards something before seeing success.

Being born with heightened perceptual-cognitive processing helps, but it’s also about what you do with that extra potential and how you apply it to the game of hockey through practice and repetition that matters.

Just having an edge to begin with based on your DNA will only get you so far.

The players you see that are constantly reinventing the game, trying new moves, thinking two passes ahead of everyone else—these are the players that understand hockey sense can be improved just like every other skill.

So the good news is; all signs point to hockey sense being a skill you can learn and improve.

Regardless of your current hockey IQ, it can be improved if you give it some attention.

And if you’re among the lucky ones with high perceptual processing, it’ll be that much easier to develop.

Now, take a step back and think about how a hockey player goes about improving his game…

As a hockey player, you go to the gym to improve your speed and strength

As a hockey player, you shoot thousands of pucks to improve your shot.

Makes sense. But what about improving hockey sense?

As a hockey player, why don’t you spend more time improving arguably THE most important piece of the puzzle?

The simple answer is this—you don’t know how or where to start.

Well, my goal with this website is to teach you everything I’ve learned in 20+ years of competitive hockey to help you improve the mental part of your game along with some skills you can use along the way.

While I can’t share everything I have with you in this post, I can share some quick tips that you can use to get started developing your hockey sense. 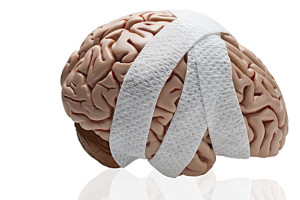 Here are some simple techniques to help you improve your hockey sense. Some can be done at home and some require that you have access to some ice-time.

Regardless, try and work some of these into your training schedule—over time, you’ll see a significant improvement in your game.

Chances are you’ve already heard this one before. Sounds simple, I know—but it really works.

While just watching hockey will help, watching with a purpose will help even more. What do I mean by that?

I mean actually analyzing what players are doing on the ice and how they react to certain situations. Think about their decision-making with and without the puck.

When you watch the game with these things in mind, you’re subconsciously working on your hockey sense.

Here are some things you can focus on when watching hockey on TV:

By practicing the above 3 points, you’ll work on your awareness, positioning, and decision-making skills without actually having to step out onto the ice. You can do this int he comfort of your own living room!

Be sure to check out their body language throughout the game, too.

This tip requires you to have ice-time and some skaters & goalies to practice with.

All you have to do is bring both nets in close near one corner of the ice. Then, simply battle it out either 1 on 1, 2 on 2 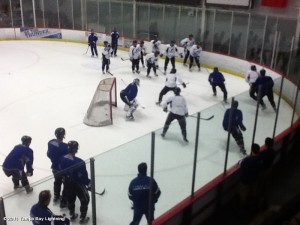 Being that there isn’t much room, along with the fact that there may be up to 6 of you in a small space, this makes it extremely challenging to make the right puck decisions as you always have pressure on you.

The better you are under pressure, the better you’ll be at the game of hockey.  The main difference between a pro player and a semi-pro player is the speed at which they can execute.

Playing tight area games gets you practicing just that—decision-making and situational awareness in tight spaces with little time to react.

It’s the same concept as those smaller rinks made to play 3 on 3, except even smaller.

Ask your coach to include some of these small-area games at the end of practices, or just try it out with a few buddies during a free-skate.

You’ll have a ton of fun, and improve your game at the same time. As an added bonus, you’ll work on your skills for beating defensemen.

Chances are you use visualization to picture yourself scoring beauty goals, throwing big hits or making nice glove saves. 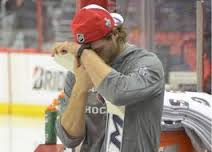 When you start visualizing the process rather than the result, that’s when you really start to notice a difference.

Instead of seeing the highlight reel goals in your mind’s eye, focus on seeing yourself during a practice or during a game, doing the little things right.

The better you are at picturing yourself doing the right thing over and over again, the more your game will improve as a whole.

Being unable to dive due to her broken foot, she decided to attend every practice and visualize her dives in her mind, over and over again.

It paid off big time.

With only three weeks of actual diving practice before the trials, she blew out the competition and won the contest by 40 points.

She went on to win an Olympic Gold Medal, beating out even the dominant Chinese divers.

So what’s the key to successful visualization?

Give it a shot before your next game, or even at home during your down-time. See yourself doing the right things over and over in as much detail as possible while actually believing it, and you’ll be more confident in your abilities as a result.

Last but not least, just play the game!

There’s no better way to improve your hockey sense than to actually play the game.

The more you play, the more you’ll be faced with every situation imaginable, making it that much easier for you to 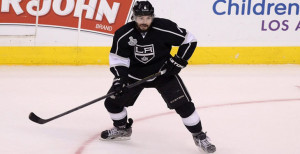 react the next time.

Playing against different players; being up by a goal or down by a goal; being on the ice with 10 seconds left in overtime—these are all game situations hockey players have to master if they’re to be the best they can be.

The only way to do that is to play the game.

Malcolm Gladwell’s rule states that it takes roughly 10,000 hours to achieve mastery in a field—to be a so-called elite hockey player, you have to put in the work just like anything else.

You have to fall in love with practice!

Do that, and your hockey sense will improve more than you could imagine.

How do you work on your hockey sense? Leave a comment below because I’d love to hear how you improve this highly-important skill.