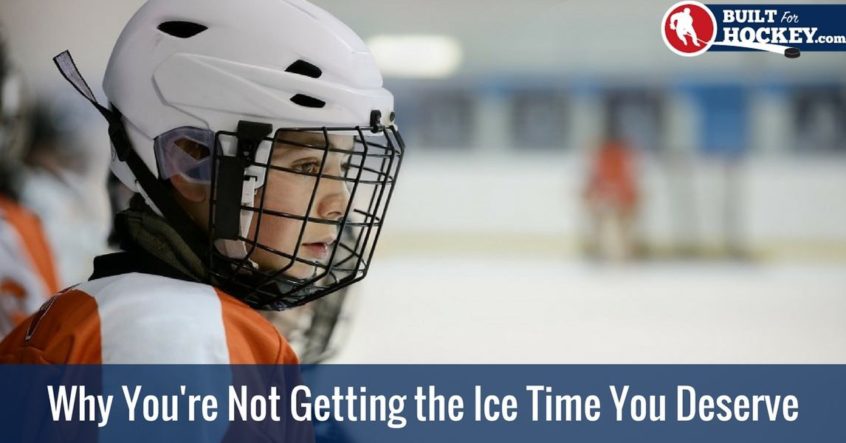 As hockey players, we want to play.

We don’t want to sit on the bench, skip shifts, or watch the game from the stands. We want all the ice time we can get.

But unfortunately, not everyone can be out there at the same time, which means some players inevitably get less play time than others during a 60-minute game.

If this sounds like you, or if you’ve been wondering how you can get more ice time as a hockey player, then what you’re about to read may shed some light on why you’re not getting the play time you feel you deserve.

By the end, you’ll know exactly what to avoid and how to fix your game in order to log more minutes and be seen as more of an asset to your team. 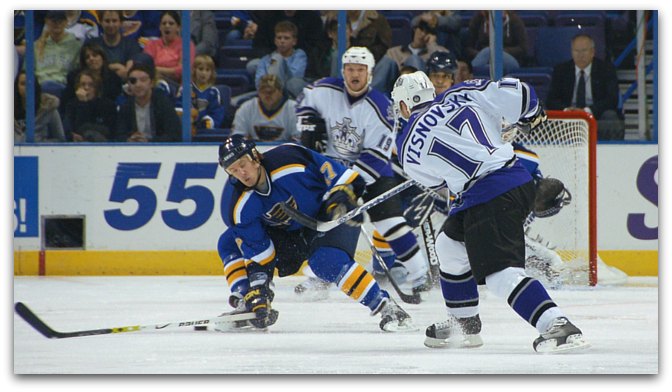 I’ve mentioned this throughout the website more times than I can count because it’s just that important.

If you’re a liability to your team defensively, it doesn’t matter how ‘soft’ your hands are or how hard your shot is—you will NOT play in the crucial moments of a game if you’re unreliable defensively!

In the lower leagues where they roll all the lines equally, you can get by with below average defense, but once you start to play competitive hockey, you can kiss some of your ice time goodbye if you have a weak defensive game.

At the higher ranks coaches play to win, and that means playing the players that take pride in defense. If you’re a one-trick pony that can only score goals, you’ll have a really tough time.

Coaches want to know that when they put you out on the ice, they don’t have to hold their breath every time the puck is in your own end.

If you’re not getting the ice time you deserve right now, ask yourself if your defensive game is up to par. Are you better or worse defensively than your teammates?

If you’re not sure, ask your coaching staff for feedback on your defensive play.

The takeaway:
Being solid defensively is crucial if you want more ice time. You’ll be put on the ice during close games, at the end of periods, during face-offs in your own zone, penalty kills, and used more frequently during regular 5 on 5 play. If you’re a younger player, focusing on improving your defensive play now will give you a leg up on your teammates once you start to climb the ranks. If you’re an older player, improving your D-zone play might win your coach’s trust and get you the ice time you’ve been missing out on.

2. You’re not matching or surpassing your teammates’ work ethic 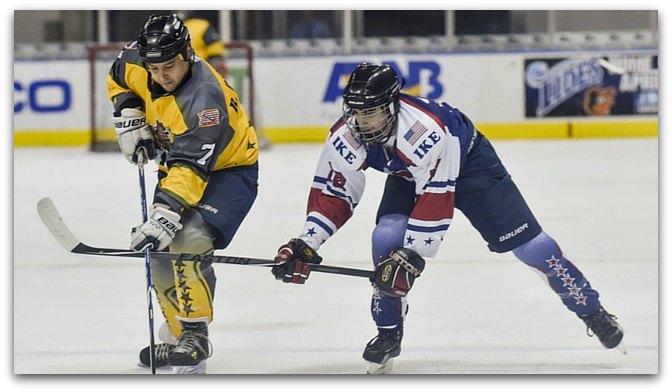 If you’re being left on the bench more often than you’d like, it might be because you’re not putting forth enough effort.

If other players on your team work harder than you in all 3 zones of the ice, you’re going to have a tough time proving to your coaching staff that they should put you on more frequently.

In order to solidify yourself as a player that “deserves” ice time and isn’t just “given” ice time, you’ve gotta work for it.

That means either matching or surpassing the level of effort put forth by your teammates.

Yes, your teammates are your friends—but don’t think for a second that your coach isn’t pitting you against your peers when deciding who to put out there next.

At the end of the day, you’re competing against your peers for ice time, and if you can win on the work ethic front, the odds will sway in your favor even if you’re not as skilled as the next guy.

I’ll be the first to tell you—my entire hockey career and the success that came with it was built off extreme work ethic, not my talent or skills. 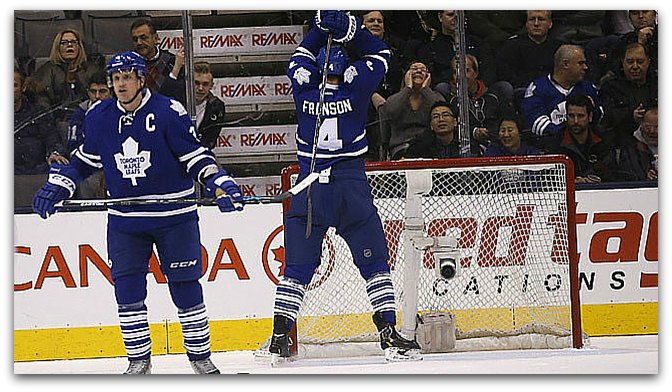 If there’s one thing that makes hockey coaches cringe, it’s an undisciplined player.

Again, it doesn’t matter how good you are (young guys, I’m talking to you!), if you get into trouble with the refs every time you’re out on the ice, it won’t be long before you’re on the bench for the rest of the game.

If your coach doesn’t believe you can stay calm and keep from taking a stupid penalty in the heat of the action, then he probably won’t put you out on the ice during the crucial moments of a game.

And the worst part is—you might not even know that your ‘undisciplined’ nature is what’s causing your reduction in ice time.

For example, if you were undisciplined a few times in the past, your coach might now have you subconsciously branded as a ‘risky’ player to put on when the game is tight.

Unfortunately, there’s no easy way out of this other than to prove to your coach that you’re able to stay out of trouble.

Only once he’s seen you act disciplined on several occasions—when the ‘old you’ would have gotten a penalty or caused trouble—will he begin to trust you.

The takeaway:
If you’re not getting the ice time you feel you deserve, ask yourself if it might be due to a lack of discipline. How many penalty minutes are you averaging? Are you taking good penalties, or are they usually after whistles or down low in the offensive zone? Are they penalties that could have been avoided had you just walked away? If the answer to those questions makes you realize you’re an undisciplined player, then it’s time to start working on your mental toughness so that you can prove to your coach that you’re capable of staying level-headed when things go south!

4. You don’t protect the puck 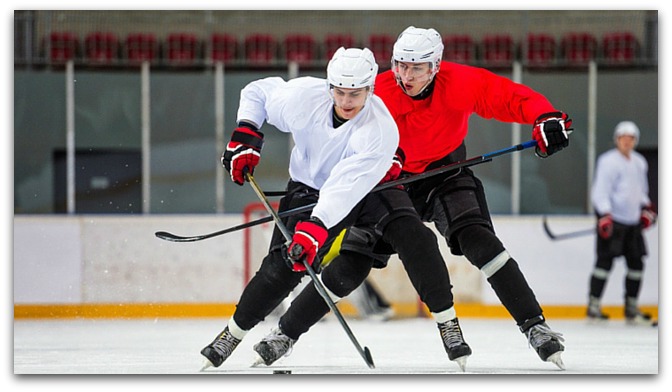 If you’ve read this far and still don’t know why your ice time is limited, then this might be the one you’ve been waiting for.

If you’re the kind of player that likes to pull off the extra move on the breakout, curls back towards your own zone often, or tries to deke through defenders all the time, then you may be jeopardizing your ice time.

Hear me out—I’m not saying that these plays are necessarily bad. If you can pull them off, great—keep doing what you’re doing if it’s working.

But if you find yourself making risky plays and losing the puck often, then you may be causing your coach to grow grey hairs from the added stress, which directly correlates to the amount of ice time he’s willing to give you in tight games (trust me on this one).

(NOTE: Want to stop making mistakes with the puck and finally take control of the game? Grab a copy of The Hockey Sense Handbook and take your Hockey Sense to the next level. Click here to learn more.)

I know I’ve embraced making mistakes in hockey before (I believe it’s one of the best ways to develop as a hockey player), and I still stand by that. But here, we’re talking about general puck protection, puck management, and making the right decisions.

You need to know when it’s time to keep it simple, and when you’re able to be creative—and there’s a fine line between both. The best players know where this line is, and never spend too much time on either side.

Note: Read my article on winning puck battles if you’re struggling with puck protection—it’ll teach you how to use your body more effectively to keep from turning the puck over.

The takeaway:
A coach wants to know that you can keep control of the puck in all 3 zones of the ice and not turn the puck over repeatedly. Improve your decisions with the puck (The Hockey Sense Handbook is a good place to start), work on your puck protection skills, and learn to recognize the danger zones (ie: both blue lines) to reduce your turnover rate (turnovers are inevitable, but they shouldn’t be excessive).

5. You’re not making an impact 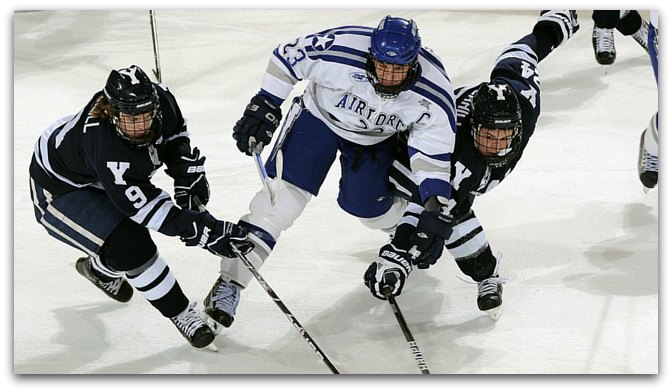 Last but not least, if you’re still not sure why your ice time is limited, it may be because you’re just not making a big enough impact.

If you’re never implicated in the play or shy away from the puck, it’s going to be hard for your coach to justify putting you on the ice.

Every time you’re out there, you’ve gotta make something happen.

I don’t mean by scoring goals. Goals are a bonus.

But you can get implicated in other ways like being first on the puck, creating turnovers, taking shots, winning faceoffs, blocking shots, laying bodychecks, backchecking hard, playing solid defense, being a leader, and much more.

If you want to be among the players that log the most minutes on your team, you can’t just be a spectator and watch the play go by. You have to make an impact any way you can.

The takeaway:
Find what you bring to the table based on your playstyle, and make sure you bring it each and every shift so that you impact the outcome of the game in some way—no matter how little or how small. The more you climb the ranks, the less tolerance your coaches will have for players that watch the play go by, so make sure you know your role as a player and impact the game in your own way.

There you have it—5 reasons you’re not getting the ice time you want or feel you deserve.

I may have missed some (if so, let me know in the comments below), but these are the 5 I see most often, especially among younger players.

If you’ve been wondering how to get more ice time as a hockey player, here’s the secret recipe:

That’s all there is to it. If you remember these 5 things and stick to them as much as possible, your coach will have no choice but to put you out there more often.

Did you find this post useful? If so, I’d appreciate it if you shared it with your friends. Thanks ahead!

(NOTE: Want to stop making mistakes with the puck and finally take control of the game? Grab a copy of The Hockey Sense Handbook and take your Hockey Sense to the next level. Click here to learn more.)