You are what you eat…

You are what you repeatedly do…

I’m sure you’ve heard these and many other sayings like them at least once before.

But have you ever heard the saying “you are what you THINK?“

That one’s my favorite—and that’s because it holds a lot of merit in the sports world.

In psychology, there’s a concept we call The Law of Dominant Thought.

This law, however simple, is the #1 reason why many hockey players just can’t seem to perform at their best.

It literally acts like a roadblock that stops young hockey players from attaining their full potential.

If a player is affected by this law of dominant thought, all the training in the world won’t help one bit.

Luckily, there’s a way to make this law work FOR you and not against you.

I’m going to show you how to identify whether or not this law of dominant thought is sabotaging your on-ice performance, and if so, how to fix it and take control of your performance once and for all.

Here’s what the law of dominant thought is all about…

The Law of Dominant Thought

Simply put, the law of dominant thought in psychology is based on the fact that your actions follow your thoughts and images.

In other words, your dominant thought—your most prevalent thought—is what your mind chooses to remember.

So not only do you become what you think so to speak, but you actually end up DOING whatever it is that you think about most often.

This can be both extremely powerful and dangerously detrimental to your performance—more on this later.

But first, let’s look at this theory and how it relates to hockey.

The power of dominant thought in hockey 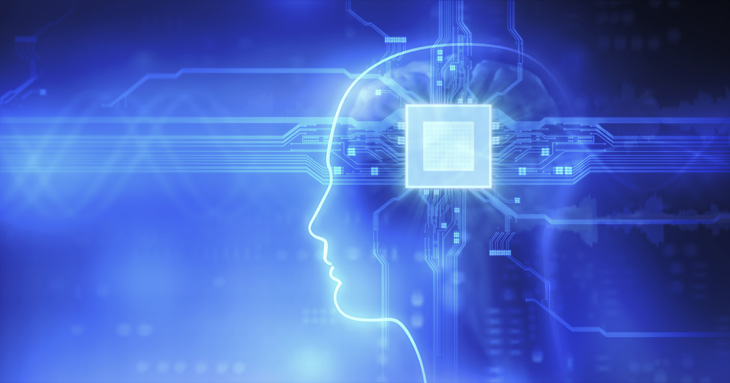 If you’ve ever been in a scoring slump, had a string of bad games, or even just felt like whatever you did out on the ice would result in a bad play, then chances are you’ve been affected by the law of dominant thought.

You see, the mind is extremely powerful.

In their book Mind Gym, Mack & Casstevens refer to the mind as a super computer that controls the body…

It can do amazing, remarkable things—but only if you feed it the right program.

By programs, they mean our thoughts—the things we feed our minds with before, leading up to, and during competition.

Sadly, many hockey players just don’t know how to feed their minds the right “programs” in order to maximize their potential.

And it doesn’t matter whether you play minor hockey for fun or competitively, men’s league hockey, or even pro…

If you fill your mind with these so-called “programs” filled with negativity, the outcome will almost always be negative.

If you’re on a breakaway and you tell yourself the whole way down the ice not to miss, guess what…you’re going to miss!

If you tell yourself not to make a mistake with the puck—you’re going to make a ton of mistakes!

The authors of Mind Gym use a great example of a golfer telling himself “not to hit it in the water“. If you THINK water, you REMEMBER water, and WATER is likely what you’ll get as a result.

The golfer that fills his mind with these “bad programs” while stepping up to the tee is much more likely to put the ball directly into the water than the golfer with a clear mind, focusing solely on the flag ahead.

It’s the same for hockey players. The more you think about things like:

…the more these become your dominant thoughts.

These dominant THOUGHTS dictate your ACTIONS.

If you haven’t been performing to the best of your ability lately, think long and hard about the programs you’re feeding your mind.

Is your dominant thought helping you or hindering you?

Here’s how to fix it…

How to make your dominant thought work for you 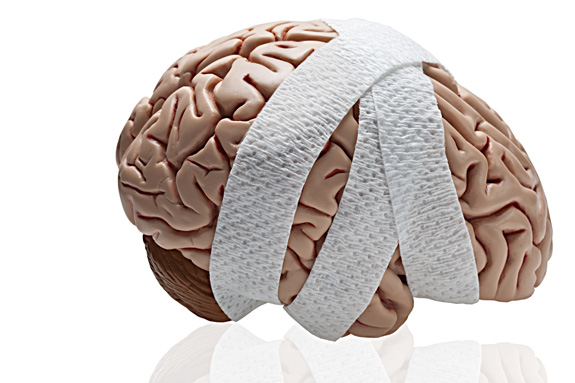 The key to making this law of dominant thought work for you rather than against you, is to understand how the mind works.

The mind works best when you tell it WHAT to do rather than what NOT to do.

If you find yourself telling your mind not to do things—much like the examples I provided above—you have to re-frame those thoughts into what you should be doing instead.

This little change to the way you program your mind can make a significant impact on your performance (you can read more about re-framing your thoughts here).

What seemed like just a little, non-aggressive thought can be the difference between scoring a goal or missing the net completely.

While positive dominant thoughts aren’t always possible due to self-confidence issues, you can still put the odds in your favor with a simple technique…

Whenever you find your dominant thought as being negative, do the following:

With a bit of practice, this thought process will become second nature and your dominant thoughts will work for you—not against you!

The law of dominant thought is extremely powerful.

Sadly, it harms the performance of many hockey players that aren’t able to control it.

I’ve just taught you the concept, how it works, and how to use it to your advantage.

All that’s left for you to do is apply this way of thinking to your preparation, games, and even other aspects of your life.

Remember, the mind can’t tell the difference between what is real and what isn’t—it simply acts on thoughts.

But in the end, only you decide whether your dominant thought is one that helps you improve as a player, or one that holds you back and limits your potential.

Know a player who struggles with the mental part of their game? Share this article with them to help them out!